Building a Long Beach for Everyone 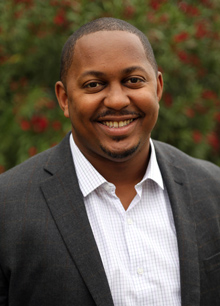 Long Beach is a great city with many distinct neighborhoods. I believe that every citizen and every neighborhood deserves a quality of life, public safety, and an opportunity to thrive.

Over the past four years, as 9th District Councilmember and now Vice Mayor, together we’ve worked to change the culture of city hall to be smarter, more inclusive, and more responsive to the needs of our neighborhoods, businesses, and Long Beach’s working families.

We’ve fought to protect and restore vital public safety services with the restoration of Paramedic Rescue 12 and other key public safety resources, ensuring better response times in North Long Beach and across the city.

We’ve transformed our neighborhoods, with miles of new protected bike lanes, new murals across the corridors, new development on the horizon, and the new state-of-the-art Michelle Obama Neighborhood Library, delivered on time and under budget.

And with the creation of the new Long Beach Office of Equity and the launch of the first Participatory Budgeting initiative in Southern California, we’ve worked hard to ensure every Long Beach neighborhood is treated fairly and has a seat at the table.

That’s what creating a more equitable city is about.

Together, we can continue to build a Long Beach for everyone.