Councilman Rex Richardson was elected vice mayor of Long Beach by his peers on the City Council Tuesday night during a reorganization of the council after Suja Lowenthal’s departure. 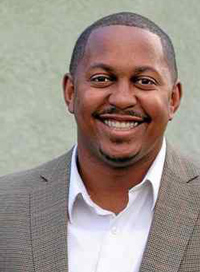 “I am honored to have my colleagues’ confidence to serve as our city’s vice mayor,” Richardson said in a written statement. “I accept this as a recognition of our entire community’s progress since taking office two years ago. I look forward to working with Mayor Garcia and each of my fellow council members as we continue to build a better Long Beach.”